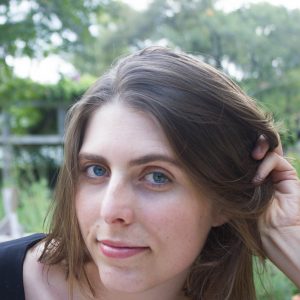 Hallie Casey is a One to Grow On host and producer. She is a native Texan and passionate about agriculture and the people that practice it. She has a deep love of science communication that began at 12 when she co-founded Discover Green, a statewide non-profit focused on promoting youth leadership in environmental activism. She continued to work in science communication focused on agriculture and plant science, primarily through work in online video. Hallie got a bachelor’s in agribusiness from Texas State University and a master’s in International Agricultural Development at the University of California, Davis. She now lives in Austin, Texas. When not working, she enjoys mystery novels and lemon tarts.ty. While not working, she enjoys gardening, swing dancing, and culinary experiments. 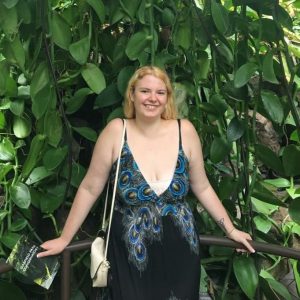 Catherine Arjet is a One to Grow On producer. She is an avid supporter of new media and its role in public education. Catherine has written for a variety of publications such as The Odyssey and her college newspaper, The Purple and White, where she was the opinions editor. In addition to writing, Catherine is passionate about STEM education and volunteered with Discover Green for two years. She is a graduate of Millsaps College in Jackson, Mississippi where she double-majored in Global Business and English. Catherine is persuing a masters of Global Policy Studies and works as a legal writer. In her spare time, Catherine enjoys bad crime shows and good coffee. 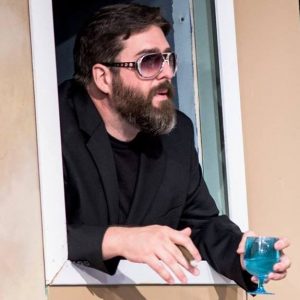 Chris Casey is a host of One to Grow On. A long-time lover of podcasts, he is thrilled to be learning about agriculture from his daughter along with the audience. Chris is a computer software engineer and semi-professional stage actor. Previously, he hosted the podcast eBook Ninjas. Chris lives in his hometown, Austin, Texas. When not podcasting, acting, or coding, Chris enjoys perfecting his smoked brisket recipe.

Throughout her six years in the industry, friends, family and virtual strangers alike have repeatedly asked Hallie the same few questions about agriculture. This experience, plus her work with multiple science education non-profits, led her to recognize that there wasn’t a lot of basic agricultural and plant science education available to the general public. A podcast seemed like the perfect way to fix this.

So, she called Catherine, her long-time best friend, and couldn’t stop talking about the idea. Catherine was immediately on-board and they began scheming.

After months of planning, research, and administrative tasks, the next step was finding a co-host. They were nervous that they wouldn’t find someone else who was as interested in the topic and excited to learn about it, but after Hallie got into a long conversation with her dad about the “organic” and “natural” labels, it was obvious he was the perfect choice.

After that, it was time to get this show on the road, or, in this case, on the internet. After recording, editing, re-recording, getting feedback, and re-recording (again) we were able to launch One to Grow On. This is a podcast almost a year in the making and we hope you have as much fun listening to it as we had making it!

About One to Grow On

One to Grow On is a podcast where we dig into questions about agriculture and try to understand how food production impacts us and our world.